In 1942, expanding military operations made it necessary for the U.S. war department to declare a need for additional facilities. A lease was negotiated between the federal government and the City of Savannah for 1,100 acres, at what is now Savannah/Hilton Head International.

Shortly after its acquisition, the federal government began a program of obtaining additional acreage to enlarge the facilities at Chatham Field, which had been designated as a command base and heavy bombardment combat crew training station for the second bomb wing of the Army Air Corps. Part of this acquisition included a private family cemetery belonging to the Dotson family.

It is believed that the familial cemetery contained one hundred or more graves. The Dotson’s great grandchildren negotiated with the federal government and all but four of their ancestors were relocated to Bonaventure Cemetery in Savannah. 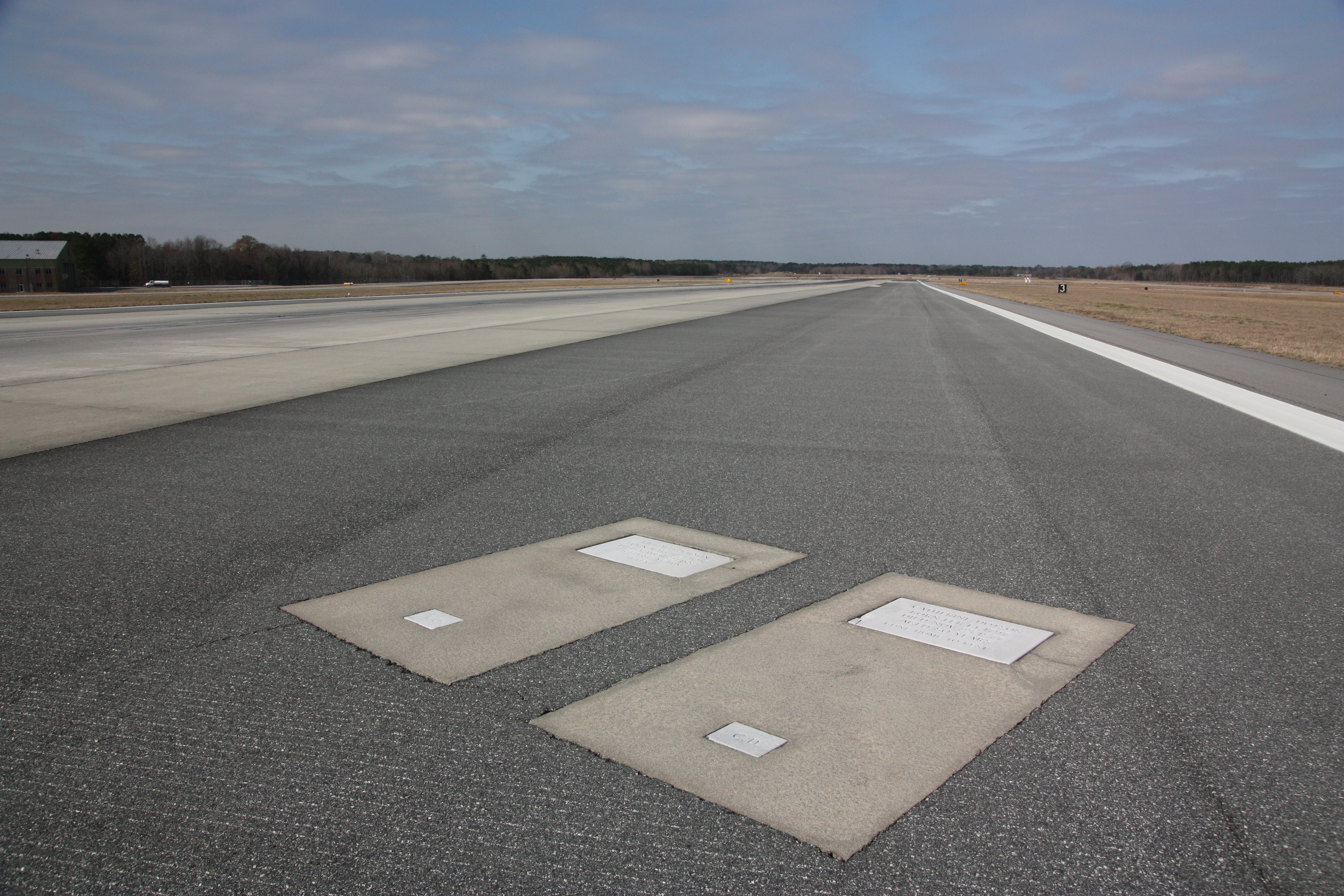 The remaining grave markers honor the original owners of the Dotson Family Farm known in the 1800’s as Cherokee Hills. Located on the Western half of where Savannah/Hilton Head International Airport exists today.

The families wished for the graves to remain in place when westward extension of this East to West runway was required during World War II. The graves of Richard and Catherine Dotson along with two beloved relatives, Daniel Hueston and John Dotson, remain undisturbed in and next to the airport’s most active runway.

These grave sites are the only ones in the world embedded in an active 9,350 foot runway serving thousands of general and commercial aviation operations yearly.